WITMonth 2020 | Preparations and my reading plan

August approaches. Like in previous years, I am currently working on a "New Releases" reading list. If you know of any title by a woman writer translated into English (in any country!) from September 2019 through August 2020 and is not currently on the list, please let me know and I will add the information as quickly as possible! Similarly, if you see any mistake, please let me know so I can correct it.

August approaches, and while some things are the same, others are going to be different this year, for me at least. Since last year's "100 Best WIT" list, I've found myself thinking about the ethnic and racial disparities in WIT quite a bit. As I wrote in March, "Giving space to more European women writers can be a step forward in very, very specific contexts - for European-focused publishers, when talking about European classics, when looking at very specific cultures or cultural expectations - but it really isn't when looking at the big picture. This project has always been about recognizing a cultural bias and seeking to rectify it. Replacing one bias with another is not where I want the Women in Translation movement to be."

WITMonth has always been about inclusion. The first ever WITMonth in 2014 divided the month by regions or topics as an optional reader schedule. In retrospect, it was far from a perfect balance, lumping Asia, Africa, and Oceania together, but it was my first attempt at defining the women in translation movement as something that could not simply exist within the (white) borders of Europe. Over the years, I've tried to make a point to include or emphasize works by marginalized women writers of all sorts, whether it's in discussing country of origin, ethnic background, genre, etc. I've discussed the cultural/racial imbalances in translation more broadly, noting the strong Eurocentricity. I've tried to do my part, but that isn't always enough. 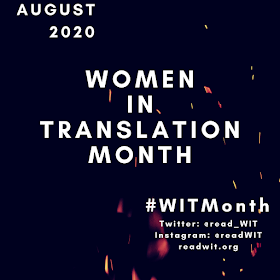 This year, I've decided to approach WITMonth a little differently than usual. While I recognize that I can't control how others view it, I can control what I do with it. I will continue to share other people's posts on works by all manner of women writers in translation, but I - for my part - will be focusing specifically on women writers from those countries, continents, subcontinents, and cultures that are too often brushed aside. The past few weeks have only strengthened this decision. 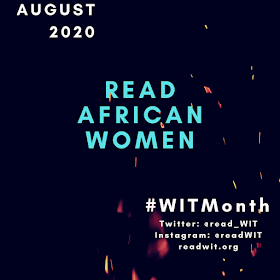 Coming from outside the Anglosphere myself, it is increasingly difficult to justify how and why certain books and writers are far more heavily promoted than others. As the #publishingpaidme has clearly demonstrated over the past few days, the English-language publishing industry is far from balanced even in English itself. While this will likely not be news to anyone, the fact is that Black writers are often paid significantly less than white writers, even when their works have proven themselves or they themselves show tremendous promise. The tag has led to spinoff discussions about racism within the publishing industry at large, ranging from conversations about racist assumptions regarding authors of color (e.g. that works need to be a certain way in order to fit the racial expectations) to flatly racist remarks by white publicists or sales teams to the racially biased power structures in publishing that effectively keep out many potential editors or publishers of color. 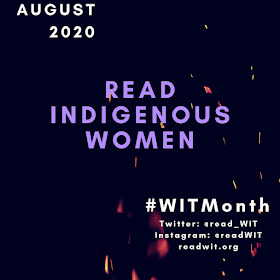 These conversations are pivotal, and they are pivotal within the context of translation as well. Here too there is a striking problem of racial imbalance, particularly among translators and publishers. Here too there are countless instances of bias against translators of color. Here too there are rampant assumptions about how works from certain countries or regions or cultures should be packaged for (predominantly white) "Western" audiences. It's an odd balance; I've often written about the difficulty in reading a book that doesn't feel geared to you as a reader, but it's also critical that we learn to read in these different cultural languages. It's just a matter of exposure and familiarity. 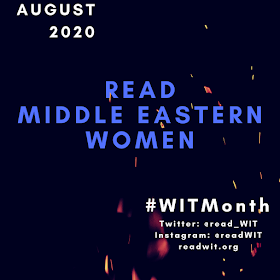 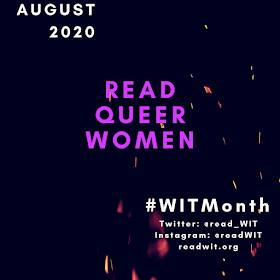 For me, it's long meant an attempt to read as broadly as possible. "Reading the World" challenges don't feel to me like checklists I have to follow, rather they feel like doorways into new worlds. The more I read from other places, the more I'm able to learn without it being an explicit lesson or demanding anything of the writing as a foreign reader. I've learned to feel specific writing styles that are unique to certain literary cultures, and I hope to continue doing so in a way that respects these stories. This is also true for writers within "familiar" cultural contexts whose experiences shape their writing in unique and important ways (e.g. writers of color within dominantly white cultures, queer writers, etc.). Yes, it can often be viewed as "educational", but it's also a joy from the literary perspective. We should not hold up works by marginalized writers to a different standard than we would the so-called-and-very-much-not "default" straight white USian man... 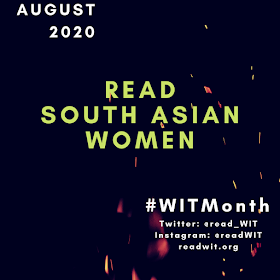 WITMonth 2020 will begin in August as in previous years, and I intend to spend my time recognizing that good literature spans the entire globe. Recognizing that though they face extraordinary degrees of marginalization and dismissal, black women writers in translation have a lot to say from across several continents. So too Indigenous women writers in translation. Women in translation from across Africa, the Middle East, South Asia, and the Pacific. Women from all sorts of backgrounds. Here and there and everywhere.
Meytal Radzinski
Share